A prophet has the difficult and at times thankless task of calling a people back to their human dignity. Understandably, the chosen may not feel like being prophets. After all, when a prophet calls people to reform or change their ways or to heal the wounds of past injustice, they are rarely welcomed. Even Jesus was rebuked and almost thrown off a cliff in his hometown. (Luke 4:29)

And the prophet may feel unworthy of the task like Moses (Exodus 4:10) or like Jonah simply dubious about the assigned task. (Jonah 1:3).  But, in the end, God makes the call, and the prophet must proceed ahead into the mystery of their calling. The good news: such vocations can transform the world. Think of recent prophets who have cried out on behalf of the poor and marginalized (Martin Luther King, Jr., Dorothy Day) or on behalf of the suffering and rejected (Mother Theresa).

Where are the prophets for the current moment? One of them may be Molly McCully Brown, a twenty-three-year-old poet. She suffers from cerebral palsy, a disease that has left her in a wheel chair. While her body is limited, her mind is not. She is already an award-winning poet who received the Lexi Rudnitsky First Book Prize. She is an acclaimed speaker. She has been interviewed on NPR by Terry Gross. That is where I first heard her. I was intrigued.

As fate would have it, Molly grew up a few miles from the Virginia Institute, the daughter of professors at Sweetbriar College. This Institute was during the first half of the twentieth century, the site of numerous involuntary sterilizations of the “unfit”, those with epilepsy, disabilities, retardation, problems with alleged sexual promiscuity, or a general propensity to not fit in. The sterilizations, which were done with only the slightest of judicial oversight, were meant to cleanse the state of the feeble folk adding to the degeneracy of the white race and the cost of government. 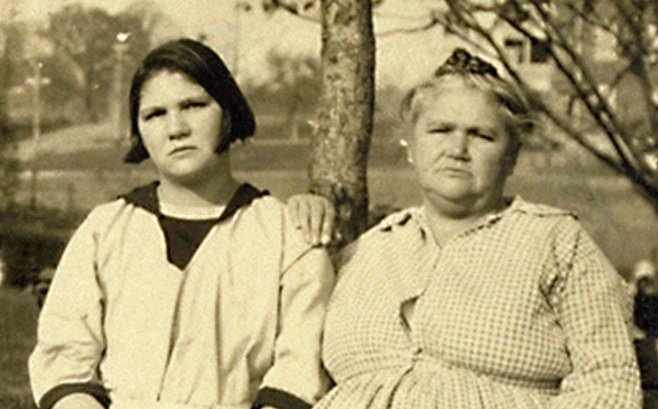 (Carrie and Emma Buck at the Virginia Colony)

When Molly heard of this reality, she was stunned. If she had been born earlier, she could have been one of these people. She began to write a series of poems in which she imagined the perspective of a sterilized woman at the colony. The result is a collection of poems, The Virginia State Colony for Epileptics and the Feebleminded, that evokes the sadness and joy of one such life, a life that was deemed unworthy by the state of Virginia of parenting or freedom. 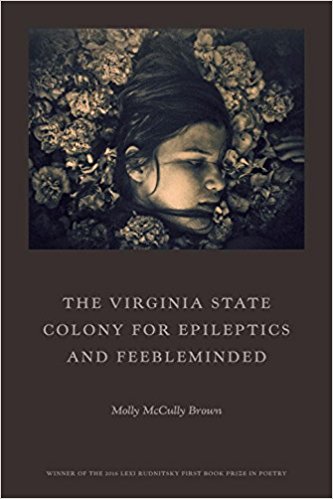 Here is piece of this poetry.

New Knowledge for the Dark

It’s where they put you when

you run, or if they even sense

the want for fleeing in you.

you came from is better.

Hiding, freezing in your slip,

crouched in a dry creek bed,

before that, the back of a feed truck.

before that, your father’s small house

It’s important to remember that once

you had a good life. Once you did not

know how to lie in a dark room,

your cheek pressed to the floor,

peering under the doorframe,

looking for the line of light.

The haunting, poetic vision of Molly McCully Brown reminds us of the error of straining for human perfection that inevitably rejects the inherent dignity of its victims. We should question this recurrent and twisted desire to expunge the inconvenient, the different, the inefficient, and the imperfect.  Such messiness in the human condition can challenge but also confirm our full humanity. When we receive a birth, we should receive it as a gift not as a product that has been manipulated by experts who claim to know best about how to create a better and ultimately perfectible species. Recently, Iceland proclaimed that it is about to “free” itself from any Down Syndrome children through abortion. What kind of perfection is this? Is it not a defeat for the human spirit, for diversity, and for mercy and compassion?

The issue of eugenics, perfecting the human species is returning in new guises. We will soon be able to genetically engineer our children. The CRISPR/Cas9 genetic editing technique is even now opening the door to such possibilities. There is much more to come. We read of being on the verge of the elimination of traumatic memories through medications, of extending human life or memories perhaps indefinitely, and of merging of human and robotic capabilities.

In such a brave new world, is there room for a Molly McCully Brown? And this raises the question at the heart of the eugenics debate-what does it mean to be human? Are we part of a good creation made in the image and likeness of God or a utility and pleasure maximizing machine that can be endlessly manipulated to improve the product?

Thankfully, voices like Molly McCully Brown will help to provide a vision and wisdom for thinking about our bodies and souls. We are very fortunate to have her special voice, and we should treasure her gift to the world this Advent when hope appears anew.

Molly converted to Catholicism a couple of years ago citing her love of the incarnational aspect of the Church as one reason.

One of the things that I find so moving about Catholicism is that it never forgets that to be a person is inherently and inescapably and necessarily to be in a body — a body that brings you pain, a body that brings you pleasure, a body that can be a barrier to thinking more completely about your life and your soul — but [that it] can also be a vehicle to delivering you into better communion with the world… What Catholicism did for me, in part, is give me a framework in which to understand my body as not an accident or a punishment or a mistake, but as the body that I am meant to have and that is constitutive of so much of who I am and what I’ve done and what I hope I will do in the world.