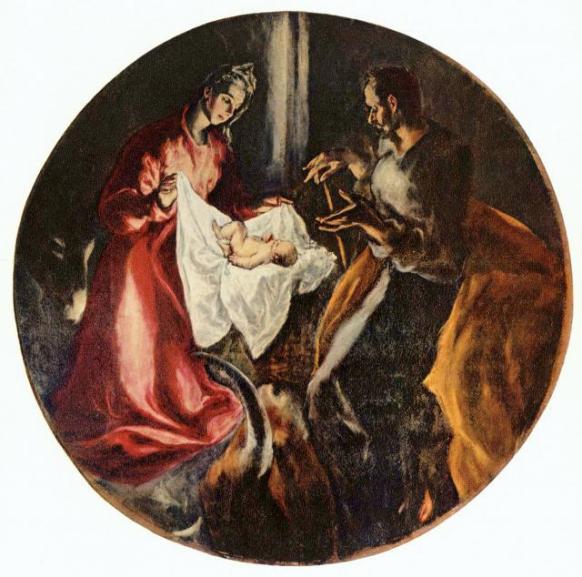 It is Advent, a season of new beginnings and new hopes. But, the world seems to increasingly be in the grip of a very old and bitter battle between hope and despair.

On the despair side, our world is putting on full display its brokenness. In Aleppo, Syria, people have been trying to survive in a living hell for many years. People who escape this massacre become part of a record 65 million refugees. Desperate, these refugees need medicine, food, and hope. And so it goes-on and on-around the world. Death and destruction are too often the order of the day.

In our own country, people are sick of the failure of our institutions and the economic dislocations and stagnation. We are also bruised and dazed after a shocking election cycle. We ended up with roughly 60% of the public disliking both candidates. The coarseness of public discourse was startling. If you doubt this, go back and view presidential debates twenty or thirty years ago. It will make you blush at how far we have fallen. Now, candidates and some of their followers feel empowered to act on their irrational prejudices and callous inclinations. And the disease is not just in politics. Even in our Church, too often our first move is to accuse and denounce.

So our civility declines. This decline is abetted by false news stories. Roughly 50% of people get a significant part of their news from Facebook. Fake news, often based on nothing but bias or hysteria, is inundating the minds of many people. The top twenty real news stories from August through November drew fewer readers/viewers than the top twenty fake stories. Fake stories included, “Pope Francis shocks world, endorses Donald Trump for president” (he did not)   and “FBI agent suspected in Hillary email leaks found dead in apartment in murder-suicide” (this didn’t happen) The effect of the fake stories is to give credence to the ridiculous and to make real news seem less credible as people are more likely to not trust any news. In such a climate, civility, not surprisingly, is dying.

And there are also plenty of real deaths. We embrace a world that is often guided by what Saint John Paul II termed, “the culture of death”, threatening life from its beginning to its end.

Abortion is still with us despite almost fifty years of hoping for salvation in the form of pro-life Supreme Court justices. Are we on the verge of such a salvation? I doubt it. The vast majority of courts who promulgated and affirmed Roe v. Wade were Republican appointees. Even if Roe is completely reversed, it will only send the abortion issue back to the states. So in the long run we must win hearts and minds to create a new cultural understanding. But too often, the pro-life side harms its case. For example, we have a priest, Fr. Frank Pavone, whose Priests for Life group gave money to the Trump campaign, who held a mass with a naked, dead aborted child on the altar. Just how sick have we become? Not all means justify a good end. Harm will be done to your cause if you engage in such tactics or support unethical candidates. If you lie down with dogs, you will get fleas.

Turning to another life issue, Georgia is now leading the country this year in capital punishment executions. More states have adopted euthanasia this election cycle. 68% of our citizens now support euthanasia in some form. As late as 2013, only 51% favored it. In the end euthanasia will increase in size and scope. In the Netherlands, eleven people were euthanized last year for nothing more than “being tired of living.” Our wars are endless. We have been in Afghanistan for 15 years with no end in sight. Suicide is the second largest cause of death for ages 16-25. The gift of life is threatened on so many fronts.

In such times, we naturally turn to the Church but the Church is wounded. The Church, which should be a hospital for “imperfect souls” in the words of Pope Francis, has lost some of its authority by a lack of transparency and a failure at times to follow the gospel. One consequence: people are pouring out of the Church and joining the ranks of the “nones”, the expanding universe of the religiously unaffiliated.

It can be found in surprising places. To this end, I think of JRR Tolkien’s Lord of the Rings and the travails of Frodo and Sam, those brave little hobbits on their journey into the evil land of Mordor attempting an impossible sacrifice to save all of Middle Earth because of love. In a foul land of death, with evil at every turn,

There, peeping among the clouds…high up in the mountains, Sam saw a white star twinkle for a while. The beauty of it smote his heart, as he looked up out of the forsaken land, hope returned to him. For like a shaft, clear and cold, the thought pierced him that in the end the Shadow was only a small and passing thing: there was light and high beauty forever beyond its reach.”

There are many resources around us if we keep our eyes and hearts open. We have the blessing of the real presence of Jesus in the Eucharist. We can also see and hear around us many gems of truth, beauty, and goodness in the Catholic tradition reflecting a good creation and creator. They are there in the brilliant insights of St. Augustine and St, Thomas Aquinas, the music of Beethoven, the nature poetry of the Jesuit, Gerard Manley Hopkins, the sculpture of Michelangelo, the paintings of El Greco and Carravagio, and the spectacular architecture of the Spaniard, Antonio Gaudi. We see it in the Catholic Worker Houses for the homeless of Dorothy Day and in the streets of Calcutta with Mother Theresa. And in many, many more places that you could list. These voices should stir even the hardest hearts.

So there is the call of grace in our lives. It is in the wonders of nature. I saw it with my students this past week at their Christmas party. Laughter, joy, and time with family and friends in this season are a balm for our wounds.

In the public square, there are some signs of hope as the Catholic Church battles for a consistent ethic of life from conception to our natural end. Millennals are the most pro-life generation at this point. 53% of millennials state that abortions should be restricted or eliminated in most cases. This is up 9% from 2012. On this thorny issue of abortion, my millennial students recommend more positive tactics. They told me that we should focus on stories of lives being saved and including abortion as part of a consistent ethic of life vision. On another life issue, the death penalty in 2015 was at its lowest level since 1991 with only 28 executions.  Only 19 people have been executed so far in 2016.

So life and hope have a chance. You never know where grace will defeat the death dealing age we are in. Let me tell you of a beautiful example. The woman who spoke of this moment of grace in Africa for Catholic Relief Services (CRS) was Michele Broemmelsiek, a former Emory student who worked at the Aquinas Center in the early 1990s. She gave an Aquinas Center sponsored talk on women and peace building. In Rwanda and surrounding countries, there are tribes and villages that have engaged in decades of killing one another. Several million people there have been slaughtered. CRS provided services of food and health to this region, but the lack of trust between tribes and villages threatened such services.

CRS and the Catholic bishops decided to focus on women traders who operated across the borders of Rwanda, Burundi, and Congo. CRS brought these women together for four times a year for several years. Catholics, Protestants and Muslims were part of these groups. These meetings produced many fruits. They embraced the ideal of solidarity and unity with one another. They were trained and became conflict mediators. The women created a savings and lending program. They adopted a code of business ethics. Now they go to each other’s weddings and baptisms. It changed their families who have gotten to know one another. The increased trade and lending led to higher incomes and hence better medical care and educational opportunities.

So God’s grace appears in the wake of a genocide. And why not? It appeared 2000 years ago in a remote town when two obscure parents welcomed their precious child. Thus began a spark of hope that illumines our world. The Aquinas Center, in its own way, has been a vehicle to explore the grace that entered the world two thousand years ago. I would like to thank all of our friends and donors who have supported this mission and wish everyone a very merry and hopeful Christmas.