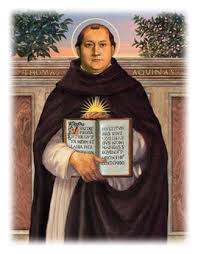 Catholics in the United States are often far too eager to align themselves with either the Democrat or Republican parties or with liberal or conservative ideologies. As a result, we too often analyze public policies primarily through our political or ideological lenses. The Church, over the millennia, has erred quite a few times by backing particular political leaders or allying itself with particular political parties or movements. For example, the Church was too often aligned with forces who opposed political or religious freedom. In my opinion, a critical question today for U.S. Catholics is whether we should push our faith commitments towards our politics or try to inform our politics by our faith commitments. Put simply: what has the greatest authority or priority in our lives-politics or religion?

I was reminded of this issue when I came across an article by a Catholic writer, Joseph Pearce, in the journal, The Imaginative Conservative titled, “Lessons from Thomas Aquinas for President Trump.” I have enjoyed Pearce’s work on Tolkien and have met him personally. He seems like a good chap as they would say in his native England. His article argues, however, that Saint Thomas Aquinas, the thirteenth century philosopher, would have supported, without question, the travel ban of President Trump. I must respectfully disagree. 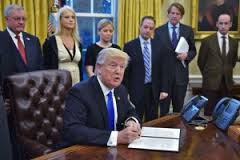 Pearce begins his piece by decrying the “callous calumny”[1] and “rabidly irrational response” of the media in discussing the Trump travel ban. As an aside, this claim of rabidity is a bit ironic in that every day for President Trump is––to use an idea from the Seinfeld show––Festivus, a time for the airing of grievances. See all of the evidence in his tweets.[2] Returning to the issue of “callous calumny”, it is hard to judge this particular claim since Pearce provides no examples but cites Father Dwight Longnecker who decries the media’s unfair use of the term, “travel ban”. This is a term Trump has used in regard to the travel restrictions. Trump tweeted (January 30), “If the ban were announced with a one week notice, the “bad” would rush into our country during that week.” Not enough? He followed this up with, “Everybody is arguing whether or not it is a BAN. Call it what you want…” (February 1) Thank you, I will.

Given Trump’s statements, can we accuse the press with rabidity for using a term that is employed by the President himself? Despite this fact,Pearce assumes that his audience will agree with his claims based  on Father Longnecker’s comments of a rabid press and leaves it at that. For his “Imaginative Conservative” audience, perhaps such a broad claim needs no justification. Still, for other readers who are not already on board with his argument, this raises concerns as it is a broad claim without proof, and stands in contrast with Thomas Aquinas’s careful arguments that employ detail and depth.

Turning back to the travel ban, the first question is whether Aquinas’s principles would actually have supported the ban. Pearce claims that Aquinas would utilize from his work, the Summa,[3] the following three principles:

#1 The host country has a right to regulate immigration

#3 Newcomers are not to be made citizens right away. We must be certain that they will contribute to the common good and will not harm the host country by trying to impose their views which are at odds with the host country.

These principles seem reasonably prudent, but also quite general. Application of these principles will prove trickier. The primary problem is that Pearce makes what I will argue are some unjustified leaps of logic. Utilizing the third principle, Aquinas seems to be stating that citizenship is to be delayed for newcomers. The Trump travel ban applied, in part, to persons who had already been given admittance into the country through visas for individuals in seven majority Muslim countries. This included green card holders who are hardly newcomers in many cases. The poor drafting of the executive order and its hasty roll out resulted in families being divided and chaos for life plans. Some banned travelers were in the air when the ban was announced and could not enter the United States. This would not seem to square with principle number two. Is this how we love and respect those who come from other countries?

There are other problems. Pearce’s logic in regard to what is owed a foreigner is a curious one. He begins by stating that, “Thomas Aquinas does not begin with the ‘nice’ idea that we should all be ‘nice’ to each other.” I am not entirely sure of his grievance here. Does he wish to claim that Aquinas is––thank goodness––not politically correct? Pearce regains his footing and follows this claim by then admitting that we should respect the human dignity of foreign persons because we are “called to love our neighbor and to love our enemy.” He concludes by stating that, “There can be no question of a Christian hating the immigrant or treating him unjustly.” Ok. But if we assume the obligation to love our neighbor, even our enemy, and to treat our neighbor justly, then are we not adhering to the nice idea of being nice to refugees and foreign immigrants as we would like to be treated? (Luke 6:31)

But Pearce I believe would counter that we can be nice and still protect ourselves even at the risk of being exclusionary in some circumstances. More specifically, we have the right to self-defense and that should include the travel ban. So, does Aquinas support this idea? Well, Pearce argues that Aquinas did not believe newcomers should be immediately given the rights of citizenship since they might try to impose their views on the host society. This is fair enough as a general principle, but Pearce leaps from Aquinas’s need to allow time for integration before making citizenship claims to the idea of a total ban because many of the immigrants from Muslim countries will not assimilate and will try to impose their laws and world views. He is once again making a broad claim without proof. According to the Associated Press and USA Today, an Office of Homeland Security’s recent memo indicates that such a ban was unlikely to protect the United States.

“Refugees seeking asylum in the USA from the seven countries listed under President Trump’s controversial travel ban do not pose a significant terrorism threat to the United States, according to an internal Department of Homeland Security memo. The three-page memo, titled ‘Citizenship Likely an Unreliable Indicator of Terrorist Threat to the United States’ and obtained by the Associated Press, was drafted in response to a White House request and contradicts assertions by the Trump administration that the travel ban was necessary to keep Americans safe.”[3]

Such ill founded claims against immigrants are all too familiar. Once upon a time, a faith tradition in the United States was falsely held to be un-American because it had a primary loyalty to a foreign ruler and inculcated its anti-American ideas in its schools. I am speaking of the Catholic Irish and Italian enclaves and ghettos in the United States in the nineteenth and early twentieth centuries.[4]

Returning to his claim of danger, are we on the verge of a Muslim onslaught through immigration and refugees? The Pew Foundation estimates that the Muslim population will be 2.1% of the U.S. population in 2050. It is doubtful that this tiny minority will desire or seek to impose an oppressive form of sharia law[5] because of their small numbers. What about Muslim attitudes in the United States? Pearce seems to suggest that Muslims in the United States are living in isolated and hostile communities favoring a conservative view of sharia that they wish to impose on the host country. Actually, they seem pretty American. For example, a majority of Muslims in the United States state that their closest friends are not Muslims. Also, Muslims, like most Americans, are pretty evenly split on the rights of the LGBT community.[6]

There are other issues. Thomas Aquinas stated that a law is a reasonable rule for the common good.[7] Is the travel ban reasonable? It seems unreasonable on several levels. Why pick these particular seven nations? Why not select nations that have actually produced terrorists that have claimed lives here like Egypt and Saudi Arabia? Also, it assumes a lack of vetting. In fact vetting, despite rumors to the contrary, is quite extensive for refugees. On this point, see the conservative Catholic, Robert George, in the conservative journal, First Things. George learned of this vetting process as chair of the U.S. Commission on International Religious Freedom.[8] Finally, the executive order reduces legal refugees numbers for each year from 100,000 to 50,000. Many of these refugees are not Muslims from the seven banned countries. What is the threat from these carefully screened refugees from around the world that justifies a such a drastic reduction? It seems that Trump’s view is not per Aquinas that there is the obligation to some degree of integration and respect for the host country’s laws to become a citizen, but a desired reduction for even those desiring citizenship who are not a threat and who will respect the laws of the United States.

Finally, let us examine an essential point for dialogue and discussion for Aquinas. You must engage the ideas of thoughtful people who disagree with your position. Aquinas’s list of objections to his positions in his Summa are generally the strongest arguments of those who might oppose his claims. Where are these in Pearce? Pearce ignores all of the relevant statements of the last three popes and the current statements of the very conservative leaders of the USCCB, Cardinal DiNardo and Archbishop Gomez.[9] Church leaders in the United States decried the ban as “devastating”, “chaotic”, and “cruel”. They must be according to Pearce, some of the “Christian leaders”, who have been “following false guides and forgetting the wisdom of the saints and sages, …[who] could learn from St. Thomas Aquinas that their own response to the President’s executive order is not in conformity with sound Christian teaching.” Still, perhaps the leaders of the USCCB deserve a fair consideration of their arguments.

So, to sum up, my claim is that Pearce engages in the following errors that are contrary to the spirit and approach of Aquinas.

#2 Inappropriate leaps of logic from principles to their applications;

#4 Ignoring of the weight of contrary argument and the magisterium.

To be fair, Pearce’s errors are certainly alive in the liberal or progressive wing of the Church. And my point here is not that Pearce cannot argue his perspective from political principles, but I do challenge the idea that he is correctly engaging or expounding the historical wisdom of the Church––specifically Thomas Aquinas––or the weight of the current teaching of the magisterium. Once again, it is all too tempting to try and shoehorn the Church’s teaching into our political positions. Perhaps, we might engage the Church’s teaching first as having the higher authority and assume our political views should become more in line with them. This would include looking at a broad range of thinkers and sources. Let me be clear. I am not seeking a forced unanimity. There is still plenty of room for difference and dialogue, but the results would hopefully be more in line with the wisdom of our living Catholic tradition. 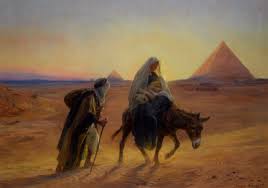 [1] As a turn of phrase, I have to admit “callous calumny” has a nice ring to it.

[4] I might also add that a pretty important person in the Church was once a refugee in the Middle East.

[5] The term “sharia” is one of the most misunderstood terms of our age. It means those guiding principles for living a moral and spiritual life of faith not a structure of civil laws. It can inform sasiya or civil law like our Bible does, but it is not meant to be a blueprint for such laws. For a short and reasonably accessible piece on sharia, see http://www.dallasnews.com/opinion/commentary/2016/07/19/asifa-quraishi-landes-5-myths-shariah-law